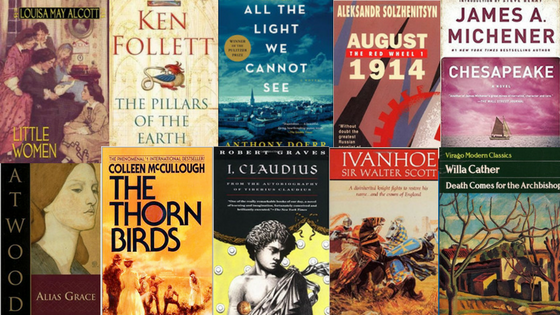 "Historical fiction is defined as novels (and sometimes short stories) with settings from a historical period at least fifty years prior to the work’s publication or occurring before the author’s memory."

"A historical novel is not merely a story set in the past but a story which attempts, with the aid of scholarly research, to reconstruct and bring to life the events, culture and Zeitgeist of the period."