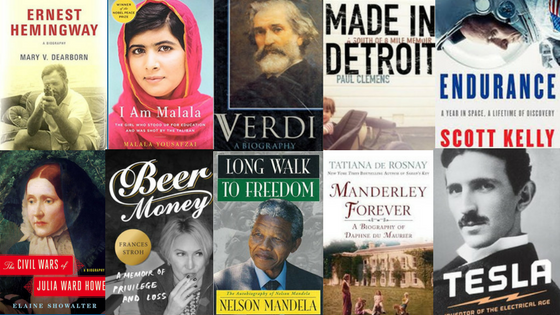 A biography is defined as a "reconstruction in print or on film, of the lives of real men and women. Together with autobiography—an individual's interpretation of his own life—it shares a venerable tradition, meeting the demands of different audiences through the ages."

A memoir is defined as "history or narrative composed from or stressing personal experience and acquaintance with the events, scenes, or persons described."