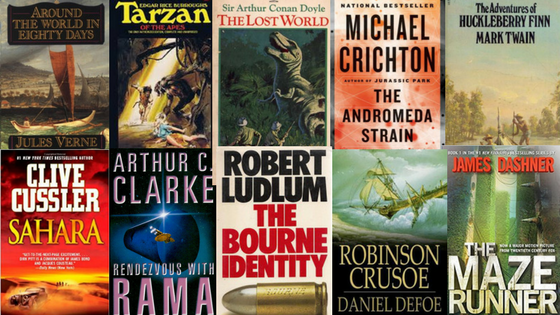 Action fiction "is a genre of film, TV, literature, etc., in which the primary feature is the constant slam-bang of fights, chases, explosions, and clever one-liners. Action stories typically do not explore complex relationships between human beings or the subtleties of psychology and philosophy. Instead, they are high-octane thrillers that simply aim to give the reader an exciting ride. (The word 'thriller' is synonymous with 'action' in this context.)"